The Obama Cabal was running guns through Libya to Syria Rebels. Ambassador Stevens was part of the plan. 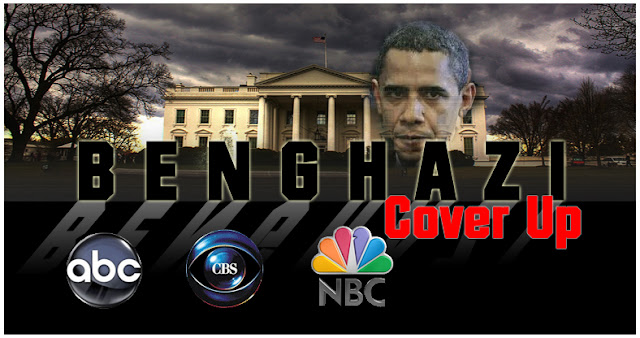 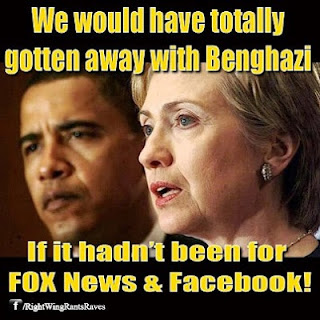 The bullshit being spewed now to cover for Obama is that...Hillary is the one to blame for Benghazi!! THE REAL TRAITOR IS OBAMA!

The story being hidden is that Obama and the Cabal did not do anything about the attack BECAUSE...... it would blow the lid off the "Other" story.....

The "Other" story which is more potent than the current story and is being hidden is that The Obama Cabal was running guns through Libya to Syria Rebels. Ambassador Stevens was part of the plan.

Early in Leon Panneta's testimony they created a road block by him lying under oath that Obama was briefed at 5 pm and he went to bed.

WHAT A LIAR!!
PANETTA & DEMPSEY
TAKING PLAUSIBLE DENIABILITY
TO THE NEXT LEVEL
http://youtu.be/P4enyBcNFNs


Then without even asking about anything he just mosied off went off to a fund raiser in Vegas....

YEAH RIGHT !!! My sources tell me that he was on top of the story and was part of covering it up... helped with the " Video Story".... but needed "Plausible Deniability" and so their official story is that he just went to bed.

NOW EVERYONE INCLUDING THE CONSERVATIVE MEDIA IS JUST PARROTING THAT LINE... that "Obama did not know anything about anything cuz he went to bed."

Look they strategised that going to bed was a better story than Gun Running to Syrian Rebels.... PETRAEUS WAS SET UP

SO HE COULD NOT TESTIFY !!!

We must track the story as to why Panneta was so vehement about Obama ONLY have one meeting at 5 pm and then did nothing. That is insanity even for a Kenyan. Just curiosity would dictate that he would at least want to know what the heck is going on!!!

Unless it was a cover up. " You go hide Mr. President... we cannot have you exposed to the stuff... so we will fall on the sword..if the coverup fails"

Thats how it went down !! GUARANTEED !!


MORE INFORMATION FROM THE BOWELS OF THE INTERNET!!

What was Ambassador Steven's role in the Gun Running?
In-Extremis | Katechon


Posted on Thursday, November 01, 2012 8:00:54 PM by Katechon
It is becoming increasingly clear that the Obama régime has been running guns and armaments and munitions to the Muslim Brotherhood and its affiliate jihadist groups, including heat-seeking shoulder-launched surface-to-air missiles designed to shoot down jetliners. The American Mission in Libya was apparently trying to buy back man-portable anti-aircraft missiles that the Obama Régime sold or gave to the Muslim Brotherhood and then went "missing." The Administration was also trying to buy back weapons previously owned by the Gaddafi Régime that spread everywhere after the "revolution." 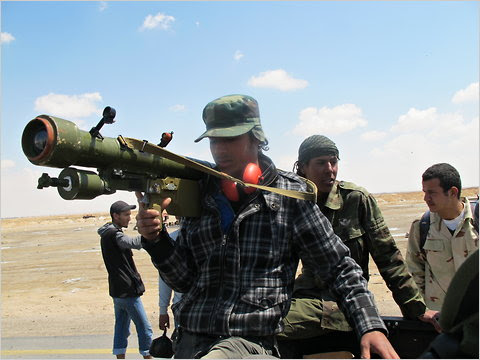 Peter Bouckaert, Human Rights Watch emergencies director, told CNN he has seen the same pattern in armories looted elsewhere in Libya, noting that "in every city we arrive, the first thing to disappear are the surface-to-air missiles." He said such missiles can fetch many thousands of dollars on the black market. "We are talking about some 20,000 surface-to-air missiles in all of Libya, and I've seen cars packed with them." he said. [...] The United States has spent hundreds of millions of dollars trying to buy them back [...]

“The rebels came from all over the western mountains, and they just took what they wanted,” said Riyad, a supervisor of the ruined arsenal’s small contingent of rebel guards.

A report by the UN Support Mission in Libya (PDF) said that Gaddafi had accumulated a large stockpile of MANPADs, and that although thousands were "destroyed" during the 2011 military intervention in Libya, there were "increasing concerns over the looting and likely proliferation of these portable defence systems, as well as munitions and mines, highlighting the potential risk to local and regional stability." As soon as islamic organizations outside Libya realized that there were Manpads available, they tried to get them.
When the Obama Régime discovered that thousands of MANPADs had "disappeared" and were "on the loose in Libya" it turned around and stuck a LOT of cash in the CIA "annex", or "safehouse" in order to BUY those weapons back. (I wrote about the CIA annex here.)
Fox News Bureau Chief of Intelligence Catherine Herridge said that the role being played by the U.S. Mission in Libya is to control the movement of weapons out of Libya to Syrian rebels fighting to bring down the Bashar Al-Assad régime. The Benghazi mission played a key role in “engaging, legitimating, enriching and emboldening Islamists who have taken over or are ascendant in much of the Middle East,” said the president of the Center for Security Policy. From there, we can infer that Ghadaffi was overthrown in order to use Libya as the doorway to get the arms in for distribution to Syria, Yemen, Jordan, Egypt and eventually Saudi Arabia. Especially Syria, for now.
That's the big picture.
The State Department and the CIA were somehow, some way running or heavily involved in this armament pipeline. But what was Stevens' function inside this apparatus? What do we know about it? I suggest that we use this thread to aggregate facts, data and sources in order to help answering that question.
Only when we will get to see more clearly what role Stevens played in the running of this armament pipeline (to the incipient Caliphate) will we begin to learn "Why the Obama régime wanted him dead?," or at least:
a) Why was the security protection for the Benghazi Mission prior to the 9/11 anniversary attack stripped?, and
b) Why did the Obama régime refuse to send (or even permit) local help on the night of the attack.
How did Ambassador Stevens help in the gun and armament running?
We know that Benghazi was staffed by CIA operatives, working for the State Department, whose job was a) to secure and destroy dangerous weapons (like RPGs and SAMs) looted from Gaddafi’s stockpiles during and after the 2011 revolution, and b) to facilitate the onward shipment of those weapons to Syria.
Was Ambassador Stevens' job to cover for all of this?
We know that Obama signed an intelligence finding in early 2012 authorizing U.S. support for the Syrian rebels, and that this summer CIA operatives were on the Turkish-Syrian border helping to steer weapons deliveries to selected Syrian rebel groups, most of them “hard-line Islamic jihadists.”

One of those jihadis was Abdelhakim Belhadj.

Abdulhakim Belhadj, head of the Tripoli Military Council and the former leader of the Libyan Islamic Fighting Group, "met with Free Syrian Army leaders in Istanbul and on the border with Turkey," said a military official working with Mr Belhadj. "Mustafa Abdul Jalil (the interim Libyan president) sent him there. -- Ruth Sherlock in Tripoli, 27 Nov 2011, for the Telegraph

Belhadj’s contact with the Syrian Free Army was part of a Lybian delegation to Turkey offering arms and fighters to the Turkish-backed Syrian jihadis.

The Daily Telegraph on Saturday [November 26 2011] revealed that the new Libyan authorities had offered money and weapons to the growing insurgency against Bashar al-Assad. Mr Belhaj also discussed sending Libyan fighters to train troops, the source said. Having ousted one dictator, triumphant young men, still filled with revolutionary fervour, are keen to topple the next. The commanders of armed gangs still roaming Tripoli's streets said yesterday that "hundreds" of fighters wanted to wage war against the Assad regime.

So we have the United-States, Libya and Turkey working together with and through Al-Qaeda-linked jihadists like Belhadj to get weapons into the hands of Syrian rebels, known to be dominated by Al-Qaeda and the Muslim Brotherhood.
We know also that a Libyan-flagged vessel, Al-Entisar, docked at the Turkish port of Iskanderun on September 6, 2012.

A mysterious Libyan ship [the Libyan-flagged vessel Al Entisar, which means "The Victory,"] -- reportedly carrying weapons and bound for Syrian rebels -- [...] was received in the Turkish port of Iskenderun -- 35 miles from the Syrian border -- on Sept. 6 [...] On the night of Sept. 11, [Ambassador] Stevens met with the Turkish Consul General Ali Sait Akin, and escorted him out of the consulate front gate one hour before the assault began at approximately 9:35 p.m. local time.
[A] source told Fox News that Stevens was in Benghazi to negotiate a weapons transfer, an effort to get SA-7 missiles out of the hands of Libya-based extremists.
[...] According to an initial Sept. 14 report by the Times of London, Al Entisar was carrying 400 tons of cargo. Some of it was humanitarian, but also reportedly weapons, described by the report as the largest consignment of weapons headed for Syria's rebels on the frontlines.
"This is the Libyan ship ... which is basically carrying weapons that are found in Libya," said Walid Phares, a Fox News Middle East and terrorism analyst. [...]
The cargo reportedly included surface-to-air anti-aircraft missiles, RPG's and Russian-designed shoulder-launched missiles known as MANPADS.
The ship's Libyan captain told the Times of London that "I can only talk about the medicine and humanitarian aid" for the Syrian rebels. It was reported there was a fight about the weapons and who got what "between the free Syrian Army and the Muslim Brotherhood."
"The point is that both of these weapons systems are extremely accurate and very simple to use," Fox News military analyst Col. David Hunt explained. He said the passage of weapons from Libya to Syria would escalate the conflict. "With a short amount of instruction, you've got somebody capable of taking down any, any aircraft. Anywhere in the world."
[...] In March 2011, the Reuters news service first reported that President Obama had authorized a "secret order ... (allowing) covert U.S. government support for rebel forces" to push the Libyan dictator Muammar Qaddafi from office.
At a hearing on March 31, before the House Foreign Affairs Committee, several lawmakers raised concerns about the finding reported by the Reuters news service and whether the Obama administration knew who constituted the rebel forces and whether Islamists were among their ranks.
"What assurances do we have that they will not pose a threat to the United States if they succeed in toppling Qaddafi?" Republican Chairwoman Ileana Ros-Lehtinen, R-Fla., asked. "There are reports that some opposition figures have links to Al Qaeda and extremist groups that have fought against our forces in Iraq."
[...] A month after the October 2011 death of Qaddafi, Secretary of State Hillary Clinton announced in Tripoli that the U.S. was committing $40 million to help Libya "secure and recover its weapons stockpiles." [...]
http://www.foxnews.com/politics/2012/10/25/was-syrian-weapons-shipment-factor-in-ambassadors-benghazi-visit/

The group accused of moving the weapons is the Foundation for Human Rights, and Freedoms and Humanitarian Relief (IHH).
U.S. Ambassador Chris Stevens’ last meeting in Benghazi the night he was killed was with the Turkish Consul General Ali Sait Akin, who is reported to have been there to discuss a weapons transfer or a warning about the possible compromise of the Libyan weapons pipeline to Syria. Whatever the topic of Ambassador Stevens’ discussion with Akin, he clearly and knowingly put himself in harm’s way to be there, in Benghazi, on the night of September 11.


PLEASE READ AND SHARE !!! OBAMA KNEW ... LETS NOT LET HIM GET AWAY SAYING HE WENT TO BED NOT KNOWING!!!

JOHN GAULTIER'S FEROCIOUSLY CONSERVATIVE ACTIVIST BULLETIN
I AM A FEROCIOUS CONSERVATIVE
CONSERVATIVE RIGHT WINGER UNDERGROUND... IN EXILE IN AMERICA ! I AM AN UNRELENTING FEROCIOUS CONSERVATIVE: Ferocious = (fə-rō'shəs) “Marked by unrelenting intensity; to the extreme” Conservative = (kən-sûr'və-tĭz'əm) “A political philosophy or attitude emphasizing respect for traditional institutions and distrust of government activism” My page is a place for Unrelenting Ferocious Activist Conservatives across our country to gather and discuss and plan our next moves. I am tired of sitting around and playing “nice” while the Progressive Liberals have spent the last 50 years attacking and denigrating our values and our beliefs while our side sits around and tries real hard to be accommodating and “Nice”! (Political Correctness!) NO MORE!! AS AN UNRELENTING FEROCIOUS CONSERVATIVES. I WILL ATTACK BACK!